Lovecraft on the Pampas: A Discussion of “There Are More Things” by Jorge Luis Borges 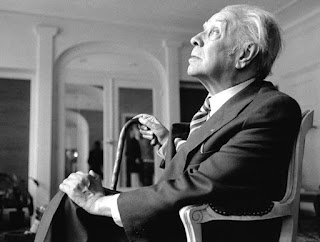 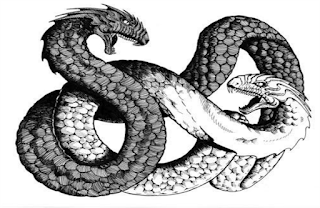 The Jorge Luis Borges story “There Are More Things”, is dedicated to the memory of HP Lovecraft. This is a very fitting sentiment considering that this story is a Borgesian pastiche of Lovecraft. It is a fascinating turn for Borges, given the fact that he was such an original voice. He was a vastly prolific writer who had the inherent ability of conveying dense amounts of information in the least amount of space possible. For Borges, brevity was virtue rather than a vice. In this tale, the author manages to insert many of the story beats that were a mainstay in the works of HPL, while adding some distinctly Borgesian flourishes. When compared to the rest of the Borges cannon, “There Are More Things” is somewhat of an anomaly; it is an interesting departure. It is not however, a typical Borges story.

A nameless narrator (with a PHD in Philosophy), returns to his home country of Argentina in 1921 to pay his respects to his recently departed uncle. The deceased is Edwin Arnett, a retired railway engineer. Arnett’s estate in Turdera, The Red House, was sold at auction in order to settle his debts. The property was purchased for double the highest bid by a foreigner going by the name Max Preetorius. Upon the purchase, Preetorius commences to refurnish the house according to his peculiar tastes. Stories begin to trickle in concerning the strange goings on in and around the environs of Red House. The Norfolk Pines surrounding the property are chopped down and Arnett’s faithful hound that frequented the estate is found mutilated and headless. The narrator begins interviewing several individuals who have had dealings with Preetorius and all come to the same conclusion; something is amiss at Red House. Or as the Calvinistic architect (and to be frank, anti-Semite) Alexander Muir states “I am a servant of the Lord, and I cannot commit the abomination of erecting altars for the worship of idols…Abomination takes many forms."

The denouement of the tale takes place, when overcome by curiosity, the narrator sneaks into the estate (in the middle of the night, naturally) to see for himself the strange changes to his uncle’s old home. Upon investigating, he is reminded of a term from Lucan; amphisboena. “It occurred to me that this might be the bed used by the resident of the house, whose monstrous anatomy was revealed obliquely by this object in much the way the anatomy of an animal, or a god, may be known by the shadow it casts…I also recall a V of mirrors that faded into shadows above. What must the inhabitant of this house be like? What must it be seeking here, on this planet, which must have been no less horrible to it than it to us? From what secret regions of astronomy or time, from what ancient and now incalculable twilight, had it reached this South American suburb and this precise night?” This passage is certainly Lovecraftian in its presentation of imagery that is quite alien to the human form as well as its cosmological point of origin. Borges even goes so far as to name drop the scientist Charles Howard Hinton at the beginning of the tale, along with his theories concerning the exploration of the fourth dimension through the use of colored cubes and prisms (As an interesting aside, Hinton was the person to coin the term ‘tesseract’). At the stories conclusion, the ab-human resident of the estate returns, trapping the narrator within the house. The final line of the tale is; “Curiosity got the better of fear, and I did not close my eyes.” The final fate of the curious individual is left open ended; however, we can infer that it does not go well for that doomed soul; a classic cosmic horror resolution.

Although Borges and Lovecraft had similar interests concerning the vast unknowable nature of the universe, the two writers took different approaches in exploring these themes. Lovecraft’s universe is one in which cosmic entities are at best incompatible with humanity and at worst see us as a source of nourishment. Borges on the other hand saw the universe as profoundly unknowable by our limited sensory tools and finite existences; his view of reality is just as mysterious as Lovecraft’s, albeit less intentionally predatory. When viewed as a pastiche, “There Are More Things” is a marginally successful tale. Or to use Borges’ own words, “Fate, which is widely known to be inscrutable, would not leave me in peace until I had perpetrated a posthumous story by Lovecraft, a writer I have always considered an unwitting parodist of Poe. At last I gave in; the lamentable result is titled ‘There Are More Things.’”

Anthony Perconti lives and works in the hinterlands of New Jersey with his wife and kids. He enjoys well-crafted and engaging stories across a variety of genres and mediums.  His articles have appeared in several online venues and can be found on Twitter at @AnthonyPerconti.