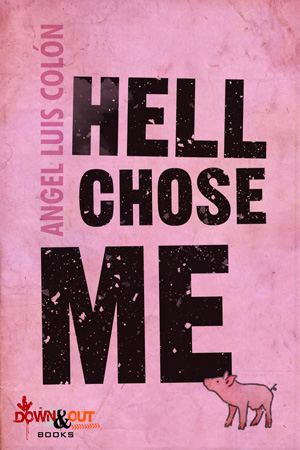 Reminded me of the Heroic Bloodshed genre of John Woo, complete with morally complicated killers, plenty of action, and a memorable cast of main and supporting characters. It’s also a great example of past as prelude…

Bryan Walsh is a hired killer, knocking off lowlifes who are behind in payments to his boss, Paulie. He’s also haunted by the ghosts of those he killed, forced to watch them slowly fade away as the last moments of their lives are replayed again and again.

Bryan is also a runner and a coward, having first joined the military to get away from his toxic home life, then deserting the army for Ireland after he accidentally kills a boy, before fleeing Ireland to head back to the states when he gets sick of the partisan violence there. Bryan has more than a bit of blood on his hands, a by-product of choosing violence nearly every single time and always with the excuse that he never had much of a choice.

Bryan is weighed down with guilt. The guilt of the child he killed when he was a Marine in the Middle East. The guilt of the people he killed. The guilt of harsh words and violence between him and his younger brother Liam, actions taken that he never apologized for before his brother slipped into a coma. Bryan feels beholden to keep his brother alive and on life support, and that, combined with his status as AWOL from the military, means he finds himself with few choices in life.

After a hit goes wrong, however, Bryan finds himself on the run from the law and his former associates, a target painted on his back, and the ghosts of those he killed growing thick around him. But what’s a killer with no friends and what feels like the entire city after him to do?

I’m not sure how deliberate it was, but HELL CHOSE ME reminded me of the Heroic Bloodshed genre of John Woo, complete with morally complicated killers, plenty of action, and a memorable cast of main and supporting characters. It’s also a great example of past as prelude, with each character’s prior sins and mistakes informing their next bad choice – road signs to what feels like an inevitable conclusion. It’s also a tale of the danger of family, of how the people you think you owe the most loyalty to, and the ones you expect to be there for you can be the ones that let you down the most. Safe to say, two of the people who present the most danger to Brian are his mother and his Uncle Sean.

I also enjoyed how Colón took characters that would be cardboard cutout villains in more mainstream media and painted them as sympathetic and human. Be it the Kuwaiti Ayah who kicks more ass than any six other characters, or the slightly psychotic but entertaining ex-IRA fighter Danny, all of the characters have their own personalities and motivations…even if you might find them otherwise abhorrent.

The intricacy of the plotting is to be admired, as various character motivations and relationships are exposed over time, and connections are drawn between seemingly unrelated actors and events. To be sure, the reader only ever knows as much as Brian, which means there’s enough still in the dark to make the character wonder the final fate of a few people.

As an ex-New Yorker (if ever there can be said to be such a thing), I got a kick out of the virtual tour Colón gives of the city–parts not typically on any tourists map. With shout outs to Alphabet City and McLean Ave, to driving up the Hutchinson River Parkway, there’s enough to keep any local ticking places off in their head. The use of various Irish songs (traditional and less so) to separate the narrative pieces also brought a smile to my face.

If there’s any real complaint I can make is that the actual plot doesn’t seem to kick off until the second contract we see Brian take, about twenty percent of the way through. I also realize that’s a sign of the sheer amount of short fiction I’ve become accustomed to reading where I’m looking for the stakes of the story within the first five paragraphs.

At the end of the day, if you are looking for a short, uncomplicated noir tale… then this isn’t for you. If, however, you are willing to expose yourself to an emotional rollercoaster that comes with a nice side helping of violence, well, you’ve found a real treat.

ANGEL LUIS COLON is the Derringer and Anthony Award nominated writer of 5 books including his latest novel HELL CHOSE ME. In his down time, he edits anthologies and produces the writer interview podcast, the bastard title.